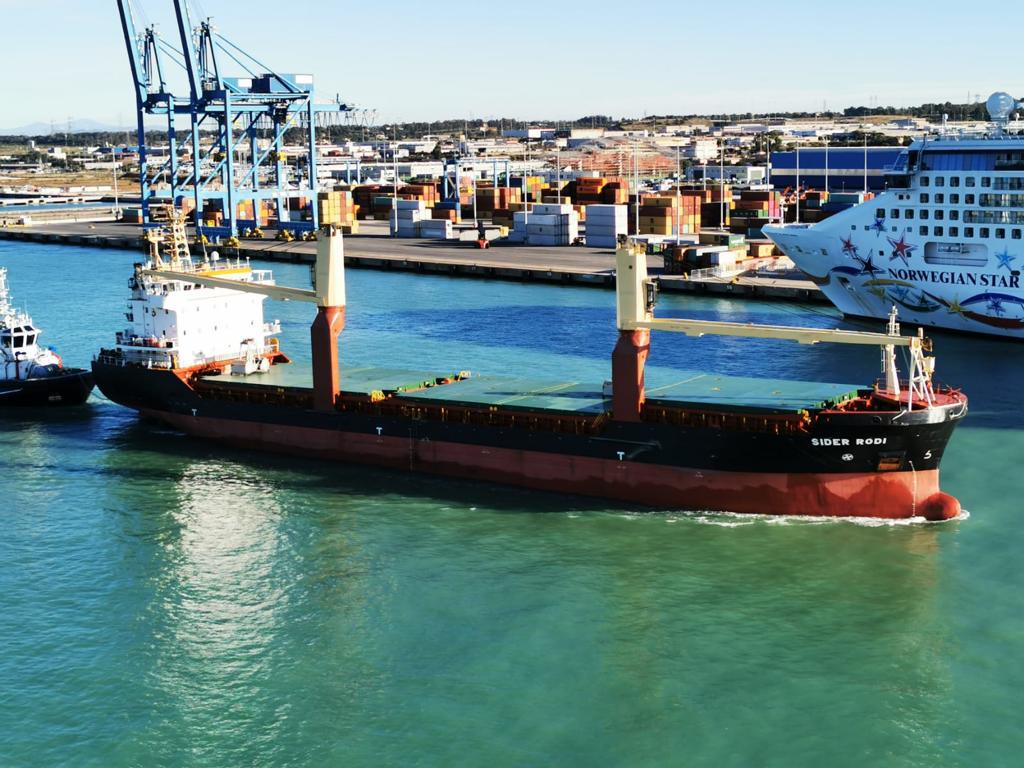 The 8,063 dwt general cargo vessel MV Sider Rodi had been chartered by a major European power utility company to deliver 3,395 tonnes of woodchip from Livorno to Porto Vesme in Italy, in the process consuming 28.2 tonnes of marine gas oil and low sulphur fuel oil, equating to 94 tonnes of CO2. This figure includes the vessel’s ballast leg from Genoa to Livorno to undertake the charter as well as the fuel consumed in port during loading and discharge operations.

“This is a first for the European shortsea sector which moves around 1.8 billion tonnes of trade across the region every year. We structured this simple offset trade for the shipowner, explaining the concepts, sourcing a range of high quality offset projects to choose from, undertaking due diligence, purchasing the greenhouse gas credits and organising certification on Nova Marine Carriers’ behalf. The voluntary carbon market plays an important role in helping companies achieve net zero emissions goals and sits comfortably alongside any shipping company’s decarbonisation programme. We are experiencing high levels of interest in this type of service from a range of shipping organisations.”

“This is a first step for Nova Marine Carriers and a tangible way of reducing our environmental impact today.  Shipping is still a carbon intensive activity, but nevertheless the most environmentally friendly way of transporting goods across Europe. We are committed to reducing our actual carbon emissions through investing in modern ships, continuous operational improvements and supporting research into the next generation of fuels. But we passionately believe that action to reduce global emissions needs to be taken today, so supporting an African solar farm plays a role in making a real-world difference right now.”

In 2020 Nova Marine Carriers fleet of 80 vessels undertook over 2000 voyages and transported around 22 million tonnes of cargo.

Ambatolampy solar photovoltaic plant is a pioneer project and Madagascar’s first utility-scale solar plant. It has been operating since 2018 and has 73,000 solar panels. The plant provides green electricity to an equivalent of 50,000 households, thereby reducing CO2 emissions by 25,000 tonnes per year. In June 2021 JIRAMA and Green Yellow Madagascar announced plans to expand the Ambatolampy power plant and increase its capacity from 20 to 40MWp as well as providing for a 5MWh battery.

Madagascar is currently heavily reliant on imported fossil fuels which are consumed by a thermal power station. In the past five years demand for electricity has grown by an annual average rate of 7% in Madagascar. Built by a local workforce, the plant employs 10 permanent technicians to ensure operations and maintenance.