In conversation with Canadian Energy Centre 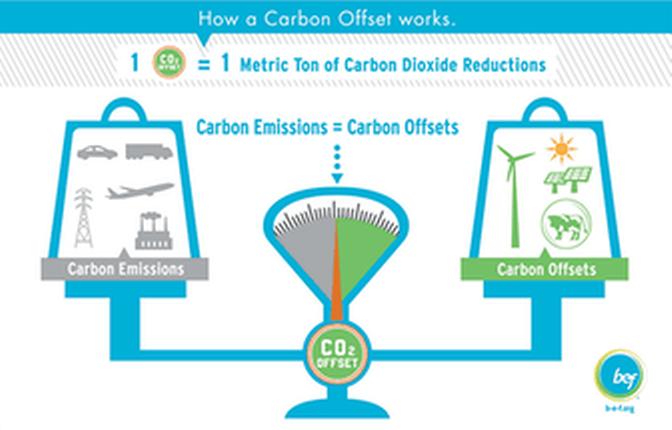 Carbon offsets have been around for a while now, but they’ve becoming much more relevant of late as companies and countries get serious about meeting their net zero ambitions. That’s why I asked someone who lives and breathes this stuff for a living to explain what people need to know about offsets — and what others often get wrong about them.

Warning: this is long and wonky. I’ll have a snarkier post up tomorrow.

What’s something that people should know about offsets that they don’t?

There are two concepts I would like to discuss here.

First, there’s the concept of additionality. This is fundamental to an offset credit, but there seems to be a lack of understanding among both casual observers and even some experts. Offsets have a bad reputation in some circles because they are perceived as greenwashing or not part of any real climate solution. These perspectives are misguided at best.

Additionality is defined as an activity that is not legally required, reduces emissions below a baseline, is not widely adopted, and would otherwise not occur without the financial incentives generated via the sale of credits. Each of these conditions is critical to consider when discussing offsets. A good offset goes through a lengthy process that involves extensive verification, quantification, and monitoring. ClearBlue has done numerous offset feasibility studies that find low or no offset potential due to the stringency of large and reputable offset registries.

When people denigrate offsets, it can feel like they are stuck in the early days of the Kyoto Protocol and the CDM. The offset market has come a long way since then. With more carbon pricing programs and more entities looking at offsets as part of their climate plans, offsets in turn have become stronger due to best practices and lessons learned over the past two decades. This is only going to continue with the sustainability pledges announced on an almost daily basis.

Second, I want to stress that offsets are part of the solution to the climate crisis. In compliance markets, they represent a cheaper compliance option that helps entities reduce their carbon costs. With lower carbon costs, entities can increasingly invest in sustainable practices reducing emissions even further, while at the same time the government can mandate stronger emission reduction targets. Over the longer-term, this creates a virtuous cycle of environmental achievement.

In voluntary markets, they represent a lower-cost option to meeting emission reduction targets. No corporation can fully eliminate its emissions tomorrow. There are some quick and easy projects like fuel switching, but the bulk of emissions for most companies is going to happen over the course of years and possibly decades in situations where processes are not yet technologically feasible or too costly. Voluntary offsets represent a way to achieve emission reductions that are not possible today.

What role can offsets play in helping Canada get to net-zero emissions?

It is going to take an immense effort to get Canada to net-zero emissions, and offsets are going to play an essential role. No matter how high the carbon price is, how stringent emission standards are, or how quickly technology advances, there are going to be emissions that we will not be able to cut over the next three decades. Offsets are part of the solution for these emissions.

Essential and highly competitive industries like steel and cement are not going to fully decarbonize anytime soon due to technological barriers and insurmountable costs – unless we halt production altogether. Offsets are necessary to cover emissions that are financially or technologically impossible to reduce. Of course, over the long-term, as new production efficiencies are found, we will require fewer offsets. However, as long as carbon is emitted by industry and the energy sector, offsets will be key to achieving net-zero emissions.

In compliance markets, like the OBPS, offsets are an essential compliance flexibility mechanism. Some industries are in far better positions than others in achieving near-term emission reductions. For other more emissions-intensive industries that do not have immediately feasible emission reductions, offsets represent some relief on already significant carbon costs. An overarching aim of any successful carbon pricing program is to incentivize emission reductions while not imposing overly costly measures on industry that could cause more harm than good. With increasing carbon prices across Canada, the price signal will be there for emissions-intensive industries to work at reducing their emissions over the long-term. Forcing facilities to shutdown and relocate to countries without carbon pricing, referred to as carbon leakage, would only result in lost jobs and make the world worse off. They would not just be avoiding carbon pricing, they would also be operating in a place with lesser environmental regulations across the board.

On the other hand, for many corporations that have made emission reduction targets going into 2030 and 2050, voluntary offsets are a big part of their immediate strategy as they work to improve efficiency, create new technologies, or implement long-term capital projects. As technologies and processes improve and become less costly, we will see lower emissions and therefore lower offset demand going into 2050. We do not know what Canada will look like in three decades, but we can be sure that we will still be emitting CO2 and that offsets will be part of the plan to address those emissions. Even going past net-zero, offsets will still play a role in government and corporate climate strategies, as some have already set their sights on eventually becoming carbon negative.

Emission reductions from offsets do not happen in a vacuum. In the context of long-run sustainability targets, we also have to consider the investment they generate in clean tech and green processes, as well as the increased awareness and associated policy changes they have brought on. All of this results in deeper emission reductions across the board. A successful climate policy needs to be judged both on its direct and indirect emission reductions. For example, we see a strong correlation between the proliferation of carbon pricing systems and the uptake of internal carbon pricing policies among corporations. Offsets, just as significantly, have been putting a climate lens and increasing investment in many different areas, such as renewables, carbon neutral/negative fuels and CCS.

I’ve heard some stories about emissions credits being assigned to decidedly dubious activities. What is there in the way of verification and validation, and can those procedures be improved?

No market or regulation has ever been designed perfectly. In the early years, there were a few instances of bad actors taking advantage of a new system and poor oversight. The market has taken these lessons learned into account and we now have a much stronger system.

In compliance markets, there are effective mechanisms in place to deal with low-quality offsets. It is not easy to get an offset protocol, a baseline, or a project itself approved – it is a rigorous and lengthy process. When a project is approved, it is then subject to continuous stringent monitoring and verification requirements. There are also mechanisms to protect market integrity, such as invalidation policies and buffer account requirements, which ensure that any low-quality offsets are replaced by high-quality, full emission reductions. There is much more accountability now compared to early days, both for developers and buyers of offsets.

If we look at a few carbon markets, we can see how all this plays out. In Alberta (TIER), only 1.3% of all offsets ever generated have been invalidated; it should be noted that 96.9% of these offsets have been from a single protocol, which is currently being withdrawn by the government. In Quebec and California’s linked cap-and-trade programs (WCI), the invalidation rate is 0.06%. These numbers are low because of the rules and policies in place. There is accountability when it comes to producing, selling, and buying offsets in any credible carbon pricing program.

This is all to say that it is in the best interest of the government in charge of a given carbon market to have strong offset policies. It helps maintain their value in the market while ensuring the achievement of emission reductions, which is the ultimate objective in all of this.

Looking at the voluntary market, we have seen corporations increasingly scrutinize the quality of offsets purchased. Some companies are making big investments in offsets and not a single one wants to be in a position in 2030 where they have to explain why they knowingly bought some questionable offset.

This increased due diligence from buyers means the demand for more offsets from more credible programs is rapidly increasing. Today we are seeing increasing demand for various types of high-quality offsets, such as nature-based solutions. You can be sure that there is already plenty of movement out there among offset developers to meet that demand.

As carbon pricing programs continue to proliferate and as corporations look to offsets as part of their climate strategies, these markets will only get stronger.

What’s the biggest impediment to more widespread use of offsets?

The biggest impediment to more widespread use of offsets boils down to a lack of understanding. Offsets have an essential role in well-functioning carbon pricing programs and in reaching climate targets like net-zero emissions. This lack of understanding translates to a lack of interest among entities that should be considering offsets as part of their long-term strategies, resulting in less progress in fighting climate change.

We can see this play out on the supply side too, with a lack of aggregators and counterparties. Aggregators are critical to unlocking offset volumes. For example, there are numerous small projects that generate additional and quantifiable emission reductions, but it is unfeasible to pursue offsets on their own due to their small scale. This is often seen in the agricultural sector. Additionally, the lack of strong counterparties that can provide financing in this space stems from a lack of understanding of how they can get involved in the offset market, and what the risks and benefits are.

Part of this issue can stem from the lack of standardization among global offset markets. There is a wide range of offset registries, which has resulted in reduced market transparency. This is all fairly easy for large industrials, energy producers, and offset developers to manage – they have dedicated environmental teams and market experts – but smaller players often take a pass. We can see it in compliance markets too – a large proportion of industrials in carbon pricing programs often do not make any use of their offset quotas, losing the opportunity to realize carbon cost savings.

A lack of understanding is also bred by regulatory uncertainty. We are seeing it play out in real time with the federal government’s offset program. We are currently in the third year of the OBPS, and we still do not have a functioning offset system – we do not even know the final design of this system. This regulatory uncertainty does not incentivize the development of good offset projects. To put it in perspective, it takes at least a couple of years for most projects to start generating credits. By the time the federal offset system is actually in place, the program will be in its fourth year.

Hand-in-hand with regulatory uncertainty is political uncertainty. The fact that carbon pricing remains a highly charged partisan issue in Canada only hurts carbon markets, and by extension offsets. Just this past Friday, we saw delegates at the Conservative Party’s national convention debate vote against declaring climate change as ‘real’. The faster we get to a place where carbon pricing is a constant, the better place we will be both in terms of the climate and the economy. Many industrials and energy producers support carbon pricing – but they are not going to make the investments they would like to make if they are not sure whether it will even be around after the next election. Without political certainty in this space, many potential offset projects are never going to see the light of day.